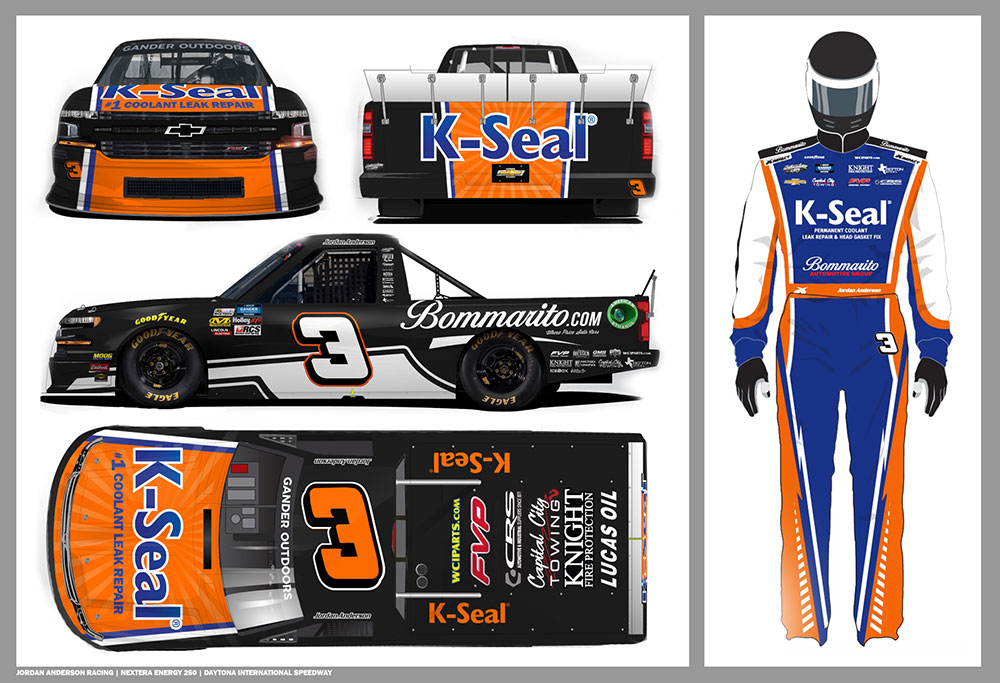 One of NASCAR’s most engaging up-and-comers, Jordan Anderson, has his first Lionel Racing die-cast. The collectible die-cast for the fan favorite in the Gander RV & Outdoors Series will commemorate the No. 3 K-Seal Chevrolet Silverado’s second-place finish in the 2020 NextEra Energy 250 at Daytona International Speedway.

In that race, the 0.010-second separation between Anderson and race-winner Grant Enfinger was one of the closest in series history.

The die-cast will feature replicated damage, scuffs and markings that appeared on

Anderson’s truck following the Daytona race. Available in Lionel Racing’s hard top 1:24 and 1:64 scales, this die-cast will be a must-have for fans of Anderson’s and fans of exciting NASCAR finishes.